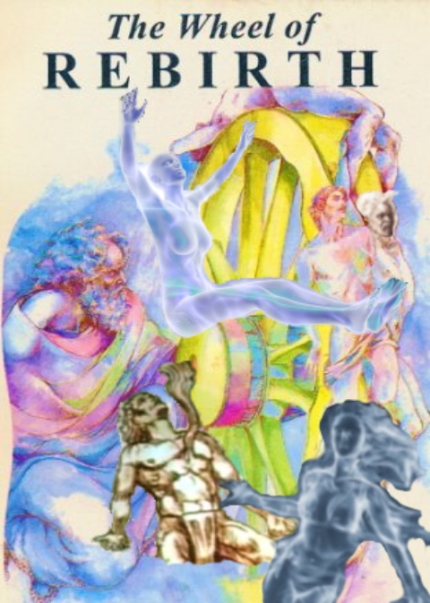 Awakened whites with a spiritual leaning are often drawn into the corpus of race-friendly esoteric writers whose teaching has enough of a Nietzschean edge to please their palates. Let’s delve into a converdation that took place on the traditionalist forum Lumine Boreali. The question was posed: Is the soul a real thing? ~ the bottom line for a skeptical mentality, which could kickstart a spiritual quest depending on the answer. Here are some replies:

Longinus: Summarizing my opinion about the soul: it is the supernatural element of our personality (body-mind); it is far more wonderful than our gross body but it cannot survive the death in normal conditions. What I don’t know is if there exists the possibility to make the soul immortal….

Olavsson: The question is then: If all of us have a Spirit/Higher Self, why is it that not all of us attain immortality? Evola, for example, distinguished between those who face disintegration and dissolution after death and those who attain a higher ‘Olympian’ immortality.

I chimed in: JosephRex: This is what I used to believe about 20 years ago (feels almost like a past life…), influenced partly by Evola but mostly by what I now realize was my egolust to feel superior to the common lot.  Gradually I lightened up, but what conclusively changed my mind was a book by this woman:

The sheer volume and detail of children’s past life memories, plus cases where she tracked down living relatives who confirmed it, was overwhelming anecdotal evidence for universal reincarnation, immeasurably more plausible than any of the alternatives.

But there was more: it turned out that Carol Bowman was a protégé of Dr. Ian Stevenson, who has chronicled thousands of cases of reincarnation with the full rigor of the scientific method.  This page is a good intro:

And for the hardcore skeptic, how about some actual forensic evidence?:

Olavsson: How can Near Death Experiences (NDEs) be interpreted in this context? A great number of people report highly lucid and extremely real ‘spiritual’ experiences when they are clinically dead with no brain activity being registered. What is it really that they experience? Is it the “Soul”? Is this an argument for immortality that applies to us all?

JosephRex: Yes and yes.  In light of my preceding post, I say that the conclusive evidence from NDE, OBE, past-life recall, etc., disproves Evola, Serrano, and anyone else who teaches that survival of death is strictly for elect adepts.  The Hindus and Buddhists had it right all along: the problem is not that we cease to exist at death, but just the opposite: we can’t stop existing.  We’re stuck on the wheel of eternal recurrence.  IMHO this is the true traditional context for all the questions and speculations people have been posing here.

Olavsson: Are there different types of ‘immortality’?

JosephRex: Yes. Let me quote one of your earlier remarks:

Olavsson: many of us (the absolute majority?) are not in direct, aware connection with their Higher Self, and everything they believe to be their own nature is merely an illusory, imagined Ego

JosephRex: Yes, but this illusory ego does NOT dissolve after death as you imagined; rather, it is the vehicle/subject of a “lower” immortality, the unconscious continuity of the average soul.  It remembers nothing from life to life, has no control over its drives or direction, and hence is at the mercy of fate. So the true objective of the path of the adept is not to attain continuity of existence, but continuity of consciousness and mastery of self-existence; this will give him control of his destiny.

Saesenthesis: Does anyone have any tips/guidelines about how to induce an out of body experience?

JosephRex: There’s plenty of information out there from first-hand sources.  A book I found particularly clear and comprehensive was Astral Dynamics by Robert Bruce.

My interest in the subject is a little different: using these accounts to put together a coherent map of the metasphere, the supraphysical realms.  IMO the best source of OOB reporting for this purpose is still one of the pioneers in the field, Robert A. Monroe.

That link is to my synopsis of what I found to be the most stimulating material in the three books he wrote before he finally decided to not come back to his body. It’s filled with priceless information on the fate of all souls ~ even eyewitness accounts of the wheel of rebirth!

I also belong to an Astral Projectors group on Facebook, but I lost interest in it when I realized that they’re all just doing it for fun, like visiting the astral amusement park.  Nevertheless, an astonishing number of people are doing it these days. Whitesiders, by contrast, tend to be stuck in the mud of the material world, and write it all off as New Age foof.  It’s good to find some of the folk finally taking it seriously.

2 thoughts on “The Fate of All Souls”